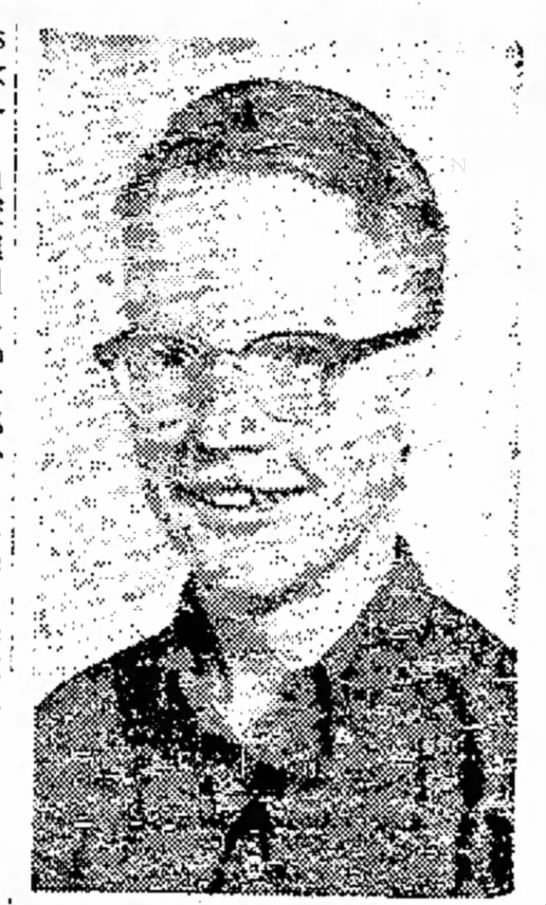 Fifty-five years ago this weekend, what should have been a fun Boy Scout camping trip ended in tragedy for 15-year-old Richard Samuels. Richard was my seventh cousin twice removed, a fellow Wilson descendant, and had already experienced more than his fair share of hard times. He was born 25 July 1945 in Ogden, Utah, to Ariel Clifton and Mahala Verne (McFarland) Samuels. The family moved to San Francisco, and then sometime before 1951 Ariel and Verne were divorced.

In May of 1951 35-year-old Ariel suffered burns from a gasoline explosion in his car, dying a week later. According to Ariel’s obituary, he was survived by five sons and a daughter. Unless not all of the children were Verne’s, by 1958 four of them had also died. In August of that year, 43-year-old Verne died after an “extended illness.” Her obituary states she was survived by only two sons, Richard and Clifton.

Thirteen-year-old Richard was then taken in by his mother’s sister Willa and her husband, Lester Rose. He moved with them back to Ogden, possibly to 3376 Gramercy Avenue, a 4-bedroom home that had been built in 1956. The family was certainly living there by July 1961. The Ogden Standard-Examiner of July 4 that year details what happened to Richard in a front-page article just above one noting that Ernest Hemingway, who had died two days earlier, would be buried in the Ketchum, Idaho, public cemetery.

Richard, a student at Ogden High School and a member of the LDS church, had left Ogden at 4 a.m. on Monday, 3 July, with 10 other Explorer Scouts for a camping trip in the Uinta Mountains near Kamas. The trip was intended to last a week but in the end lasted less than twelve hours. The group camped near Buckeye Lake and half the boys left camp to gather firewood. One hundred yards from camp, they cut down a dead lodgepole pine tree. In falling, the tree knocked a limb loose from another tree, and this limb hit Richard on the head. He was taken to the hospital in Kamas but was pronounced dead on arrival from a fractured skull. Dr. John Kumagai stated Richard was most likely killed instantly when the limb struck him. A forest ranger examining the scene later estimated the tree limb weighed “about 100 pounds.” The other Scouts and their leaders returned home after Richard’s death, and Richard was buried Friday, 7 July, in Ogden City Cemetery.

This was not the end of difficult times for poor Clifton, either. Raised not with his brother Richard but in the household of a different aunt and uncle (his father’s sister and brother-in-law), Clifton was the elder by about six years. Less than a year after Richard’s death, in May 1962, it appeared that things might have turned around for the family, as 22-year-old Clifton married 20-year-old “lovely spring bride” Janet Gibbs. Two years later, though, Clifton’s foster father and uncle died at age 58 of a heart ailment. Then in 1967 Clifton and his “lovely spring bride” were divorced, with “mental cruelty” cited as the cause. Exactly what this meant is anyone’s guess, however, as all but two divorces noted in the newspaper with the Samuels’ noted the same cause.

In February 1973, at 28th and Harrison in Ogden, the car Clifton was driving struck another car broadside. Thankfully no one was seriously injured; the 19-year-old driver of the other car was hospitalized in fair condition, and his 17-year-old passenger was treated and released. Clifton, however, was cited for failure to yield and for driving under the influence. We can hope that things did finally turn around for Clifton following this incident. I found him one more time in the Ogden Standard-Examiner, this time in December 1977, purchasing land along with a second wife Kristine.